An Ounce of Prevention

Reposted from Insight Publications on October 4, 2017. Originally Posted by Kat Boogaard, Insight on Business Staff Writer. Photos courtesy of the Rural Health Initiative.
The old “build it and they will come” adage may apply to a lot of situations, but when it comes to farmers and preventive health care visits, it couldn’t be further from the truth.

Many may assume the crux of the issue is health insurance, but that’s actually not the case. Most farmers and agricultural families have insurance — that doesn’t mean they use it.

“It’s actually the culture of farming that prevents them from getting the preventive care that they need,” says Rhonda Strebel, executive director of Rural Health Initiative Inc. “Farmers are really hard-working individuals. They care deeply for the farm, their land and their family. Often, they put themselves last on the list.” 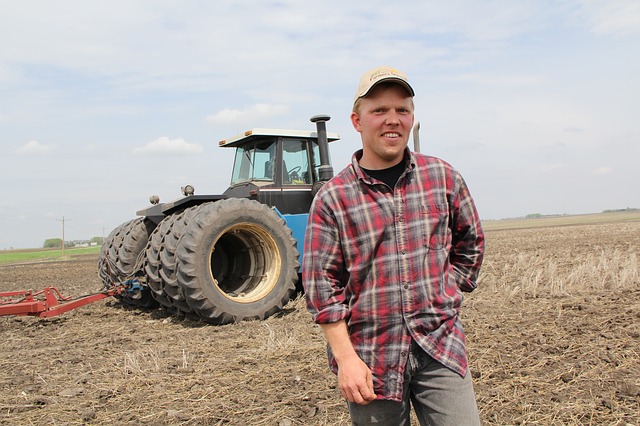 As a result, many don’t make it in for the regular preventive visits. This means that basic vitals such as their cholesterol, blood pressure and blood sugar may remain unchecked. “As long as they can get up every day and do their work, they don’t ever think that there could be something wrong,” Strebel says.

“We were seeing that by the time a farmer came in for any health-related help, it was through the emergency room,” Strebel says. “By that time, it was very serious — something like a heart attack, stroke or a bad diabetic episode. But, it was also something that could’ve been prevented. We would think, ‘Man, if we could’ve just seen them a few months or a year earlier.’”

Members of the health care community knew something needed to be done for this part of the population. ThedaCare CommunityHealth Action Teams launched a study of the issue —including taking a group of people from different backgrounds for a day trip to a farm to listen and learn about farmers and their challenges.

“We learned that you need to go to them,” Strebel says. “The veterinarian comes to the farm to see the animals. The feed, the fuel, the seed — it all gets delivered to the farm. That’s the delivery model that farmers are used to. Everything comes to the farm, because that’s where they are.”

From that, the Rural Health Initiative was born in 2004. For the first three years, it operated as a partnership — with half of the funding coming from ThedaCare and half coming from community support. Today, the Rural Health Initiative still gets some financial and in-kind support from ThedaCare but operates as its own 501(c)(3) standalone nonprofit.

Heading to the farm 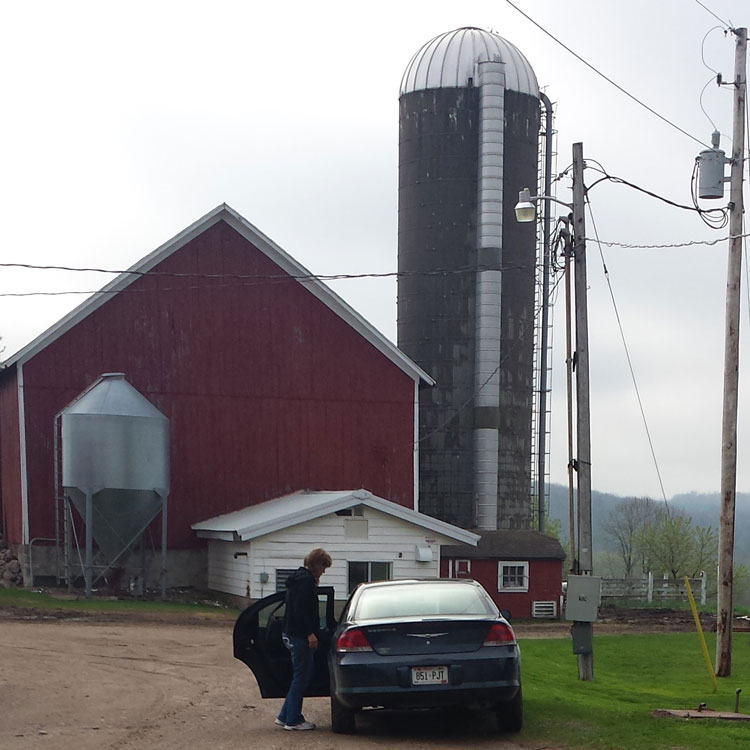 Strebel says you can think of the Rural Health Initiative as a worksite wellness program for farmers and otheragricultural producers. The concept is simple: an outreach health coordinator visits the farm and performs health risk assessments on the farmers and workers. This not only offers the opportunity to catch any potential health problems early (the program uses equipment that generates instantaneous results for those tests), but also provides education about issues such as proper nutrition.

When the program had little name recognition and was just getting off the ground, Strebel knew wandering onto the farm and strapping a blood pressure cuff on a stranger wasn’t going to work — she needed to establish some credibility and trust.

“In the beginning, I rode along with the milkman, veterinarians, route drivers and other people who were already going out to the farm,” Strebel says. “That gave me the chance to get to know people.”

She also attended events such as Future Farmers of America alumni picnics to start building a reputation for the program. That strategy worked, and the Rural Health Initiative now successfully operates in three counties: Outagamie, Shawano and Waupaca.

Further, the program has made strides in helping farming families achieve better health. “Very often — about 52 percent of the time — we do find something that’s acute,” Strebel says. “At that point, we’ll help them find a regular health care provider they can work with to treat that condition.”

Continuing to support agricultural families
As a nonprofit, the organization must do all its work on a modest budget of a couple hundred thousand dollars each year. The Rural Health Initiative relies heavily on community support in the form of donations and fundraising, which has proven difficult in the last several years.

“There are more nonprofits now than ever before,” Strebel says. “It’s getting competitive, because there are so many of us asking the community to support programs. So many are competing for the same dollar.”

In addition, the organization is called on to serve larger operations. “We used to see almost all mom-and-pop operations,” Strebel says, “And, now we’re still seeing them along with large farms that have 12 to 50 employees.”

One thing that hasn’t changed is the nonprofit’s mission of making good health more convenient and accessible for farming families.

“Farming is such an economic driver in our community, and agriculture really touches all of us,” Strebel says. “It’s a benefit to all of us to keep our farmers healthy and productive.”

What’s new at the RHI: